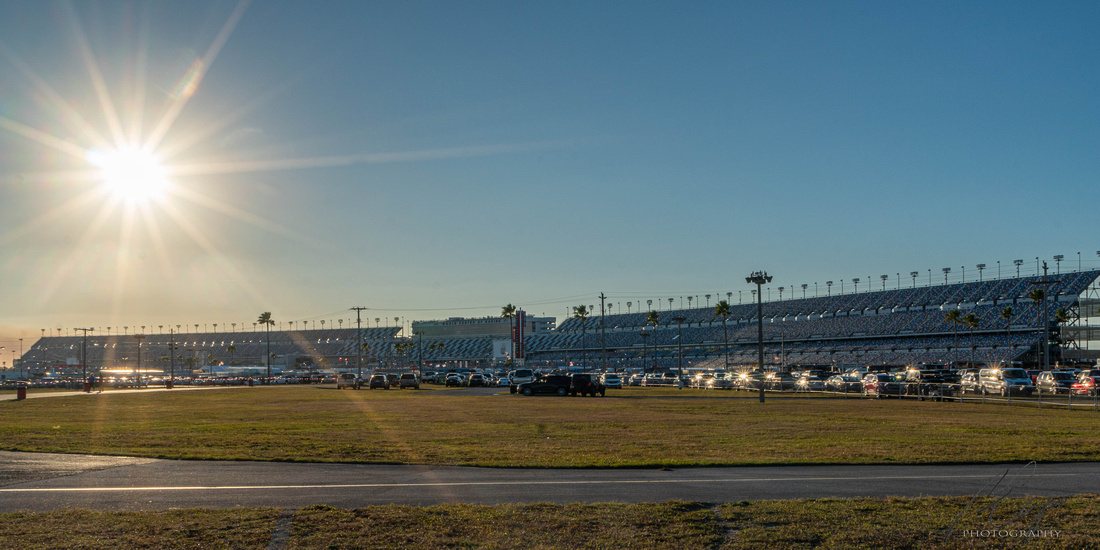 Another year at the races!  This trip made my 6th adventure into the world of motorsports and without belaboring the Covid Cliche it was different.  For starters I didn't take nearly as many pictures, thus the wordy blog to follow.

I went with one camera and one lens.  A mirrorless Sony a6400 and a Zeiss 24-70 f4.  Not the typical combination found around the race scene.  In fact, it paled in comparison to the beefy Nikon D6's or Canon 1D Mark something's, with 20" lenses being hauled around by vested staffers.  However, I went with an  objective to photograph our inner enclave and you don't need $10k in glass to accomplish that.  But truth be told, my Lightroom archives are bulging with more race car photos than I care to admit.  Our group was a subject I had never focused on in the past.  Primarily because there was always so much more going on around us than within us.  And while I'm being honest, my wife would kill me if I spent $10k on a lens.  End of Blog!

Which leads me to epiphany #1.  As a photographer I am easily bored.  Once I have shot and figured out a subject, it tends to loose its enticement. 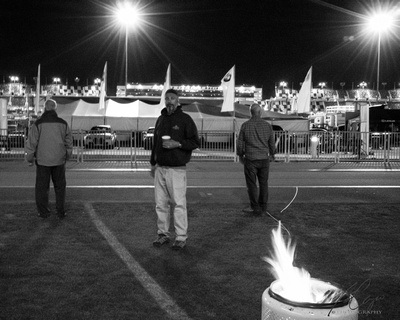 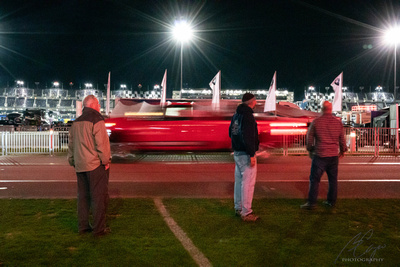 I'll have to admit that I went somewhat depressed and with a bit of trepidation.  Current restrictions banned us from many of the more fun and interesting things to do.  Never-the-less, we had a great weekend, beautiful weather and lots of fun.  There was no standing in line, room at the fences to spectate and no rain made a happy campsite.

Epiphany #2:  Life doesn't always have to revolve around photography.  Hanging out with my friends was time well spent.  And if you spend enough time with them you're bound to learn something new.

Directly behind our camper is a neon lit ferris wheel.  We never ride the thing.  Probably because we watch them erect it every year and ... enough said.  Early Saturday afternoon, one of our buddies jokingly exclaimed that we should all take a ride (quite frankly we were running out of things to do) and you can't get any more socially distanced than on a Ferris wheel....right?  So later that night and after many drinks, it was Wheel of Fortune!  Unbeknownst to us, our buddy is/was deathly afraid of heights.  But that wasn't stopping us.  In fact, I bought his ticket and scolded him for wasting my money if he backed out (I mean, he brought it up in the first place.. right?)  For a moment I felt bad that I had egged him on about going, but two seconds later and we were purposefully stopped at the top and his "Kung Fu" death grip on the center pole was not going well for that fresh coat of paint.  After six spins of the wheel he was bankrupt, and needed another drink.  Quite frankly I think he had forgotten about it, until I showed him pictures the next morning.  I bet that's the last time he starts drinking with a ferris wheel in the vicinity. 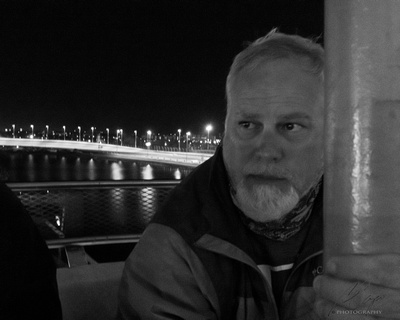 Epiphany #3:  Just because you have camera in hand, doesn't make you ready to take the shot.  An acutely captured shot either takes planning or remarkably quick skills to see, adjust and click.  Planning takes time and the later take practice.....and lots of it.  One shot I begrudgingly missed was my buddies expression when the wheel stopped.

If you peruse my galleries, you will see that I have photographed one particular friend many times.  This year I gave him some space and called upon the other two to do their part.  Surprising, they "took up the flag" and ran with it. The eastern end of the infield was forbidden to all camping, which created a wide expanse of unused ground.  The stage was set;  a closed concession stand and some gruff male modeling.  Watch-out Barbazon! The unobstructed view also allowed me to capture the entire grandstand in one shot.  It was tight with a 24mm (~35 mm cropped sensor), but just squeezed it in with room for a brilliant afternoon star. 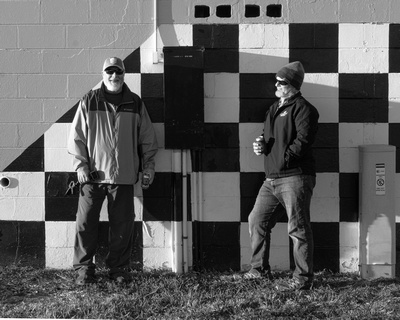 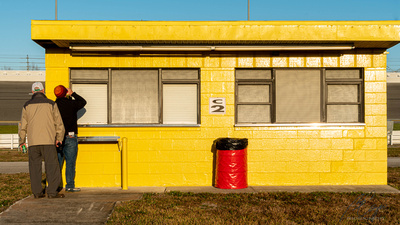 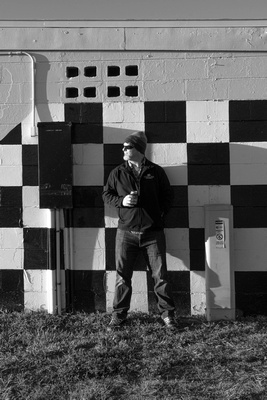 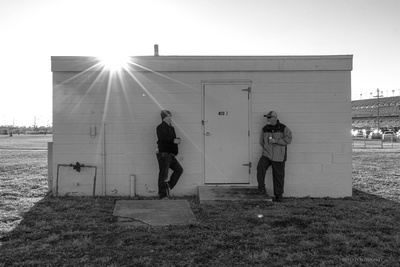 Without overplaying the paparazzi role, I was able to garnish (no pun intended) a few other grab shots.  "Celery is the second most important ingredient in a Bloody Mary", "No one is immune from the "constant online office"", "There is an Elvis fan in every crowd" and "Just because your staying in a $15,000 RV doesn't mean you can't show up in your $300,000 Lambo. 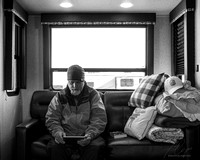 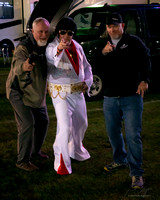 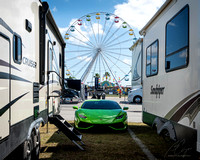 Epiphany #4:  Writing a blog is not easy.  Do I write a story around the pictures I took, or do I take pictures of a preconceived story in my head?  Or is it just a compromise of both, hoping that it ends up being an interesting read.

If you have never been to this race, the most important task is finding the best place to watch it.  Sometimes you're lazy and just plop a chair and strain your eyes through chain-link fence, there's also the cold aluminum stands and then you have the creative geniuses.  In fact, turns three through four was the best placement for an unobstructed 180 degree view of exotic race cars screaming past you at 200 mph. 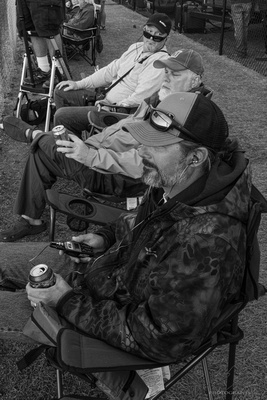 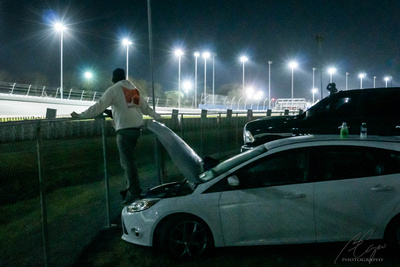 With retrospect, our whole Daytona weekend was a blur.  But one thing was crystal clear, while the prayer was prayed and the National Athem was sung, everyone, and I mean everyone, stopped, took off their hats and stood with respect.  Another shot I wish I was prepared to capture. 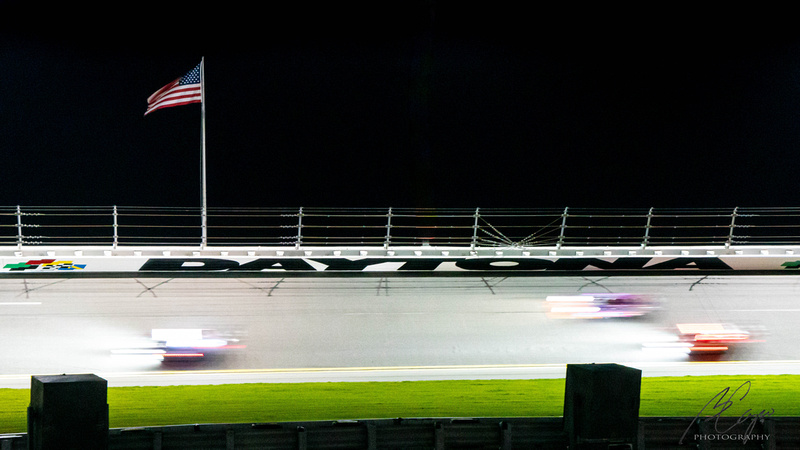